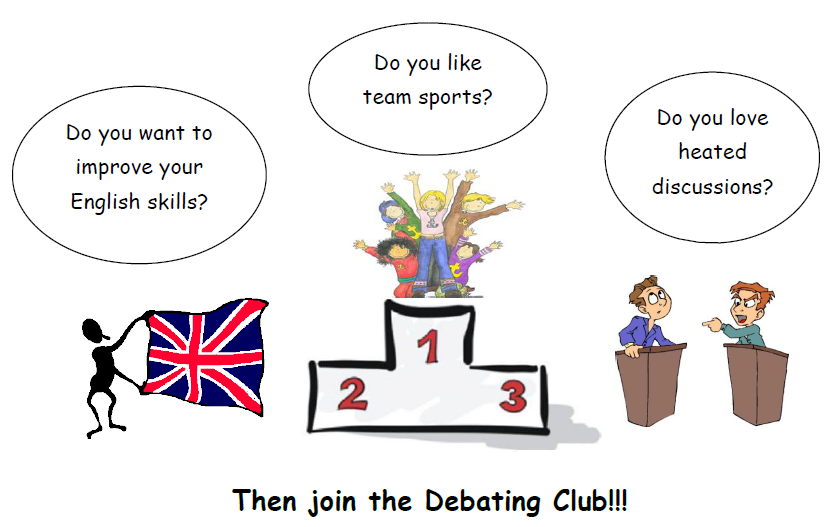 Grab some friends and join our next meeting!
when:  Wednesdays, 2.15pm
where: room 112

We'll let you know the motions and where the competitions will take place as soon as possible!

Congratulations to our Senior Team that reached this year's octofinals and to Johanna Gring, who ranked 2nd best individual speaker.

Congratulations to our team that won this year's Junior League!